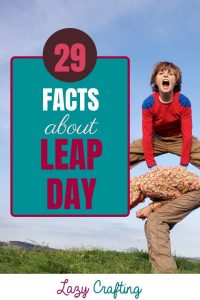 It only happens once every 4 years (and sometimes, once every 8 years!) In honor of Leap Year 2020, here are 29 Facts About Leap Day.

1. A Leap Year happens every 4 years.

2. The Earth takes 365 days, 5 hours, 48 minutes, and 46 seconds to travel around the sun, just a smidgen longer than a calendar year. 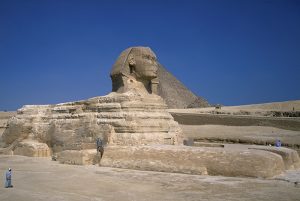 3. The ancient Egyptians first realized the solar year and the man-made calendar were not always in sync.

4. It doesn’t seem like cause for a whole extra day, but those hours added up over the centuries, so an extra day was added to the calendar.

5. People once used a 355-day calendar with an extra 22-day month every two years, but in 45BC Julius Caesar ordered his astronomer, Sosigenes, to simplify things. 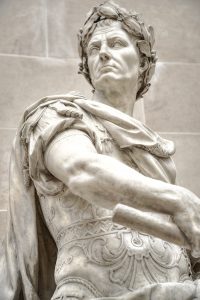 6. The Romans were the first to call February 29 Leap Day.

7. Under Julius Caesar, all months had 30 or 31 days. Caesar’s month, July, had 31. August had only 29 days. When Caesar Augustus became Emperor, he added two days to ‘his’ month to make August the same as July. He took those days from February.

8. The current formula of a Leap Year every 4 years was officially adopted in the 16th century. 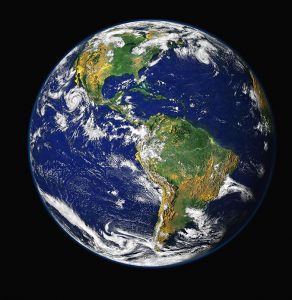 11. Since the Earth makes a complete revolution around the sun in 365 days, 5 hours, 48 minutes, and 46 seconds, adding a day every four years doesn’t “add up” mathematically.

12. The marginal difference of 0.000125 days between the Gregorian calendar average year and the actual year means that, in 8,000 years, the calendar will be about one day behind where it is now.

14. People born on February 29 are called Leapers or Leaplings.

15. Some places like China and New Zealand, recognize Feb 28 as a Leaper’s legal birthday.

16. The United States recognizes March 1 as the legal birthday for Leapers (if it isn’t Leap Year). 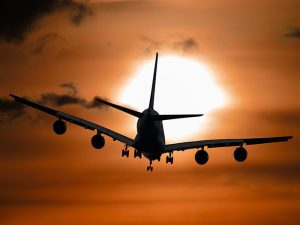 17. Because different governments recognize different dates for Leapers, if you timed it right, flying from one country to the other, you could enjoy the world’s longest birthday.

19. According to History.com, about 4.1 million people around the world have been born on Feb. 29, and the chances of having a Leap birthday are one in 1,461.

20. Many people feel that to be born on Leap Day is a sign of good luck.

21. Superstitious Chinese believe children born in a February during Leap Year are harder to raise. 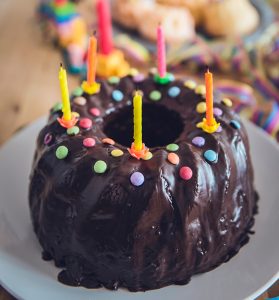 22. Norway’s Karin Henriksen holds the world record for giving birth to the most children on consecutive Leap Days. Daughter Heidi was born Feb. 29, 1960, son Olav in 1964, and son Lief-Martin in 1968.

24. Anthony, Texas calls itself “Leap Year Capital of the World.” Whenever Feb. 29 rolls around, they hold a festival.

25. US Presidential Elections and the Summer Olympics occur during Leap Years. 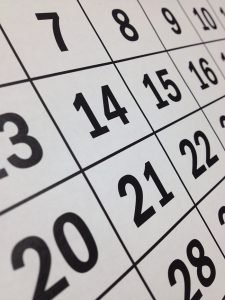 27. There’s even a Leap Year club. The Honor Society of Leap Year Day Babies is a club for people born on Feb. 29. More than 11,000 people worldwide are members.

28. A famous fictional occurrence of a Leaper is in Gilbert and Sullivan’s 1879 comic opera The Pirates of Penzance: as a child, Frederic was apprenticed to a band of pirates until his 21st birthday. Having passed his 21st year, he leaves the pirate band. However, his indenture papers commit him to remain a pirate until his “21st birthday,” not his “21st year” so he must return to the pirates until he is 84 years old. 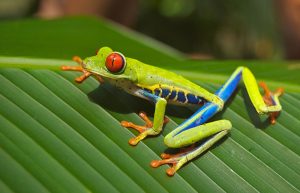 29. The frog is a symbol associated with February 29. Tree frogs can leap 150 times their own body length. 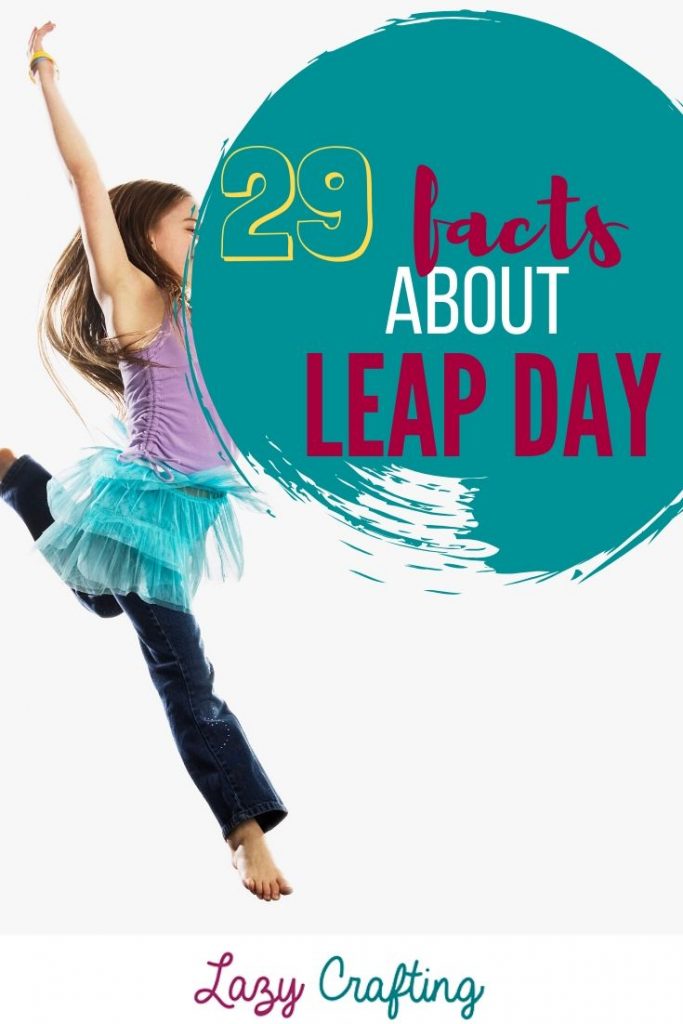 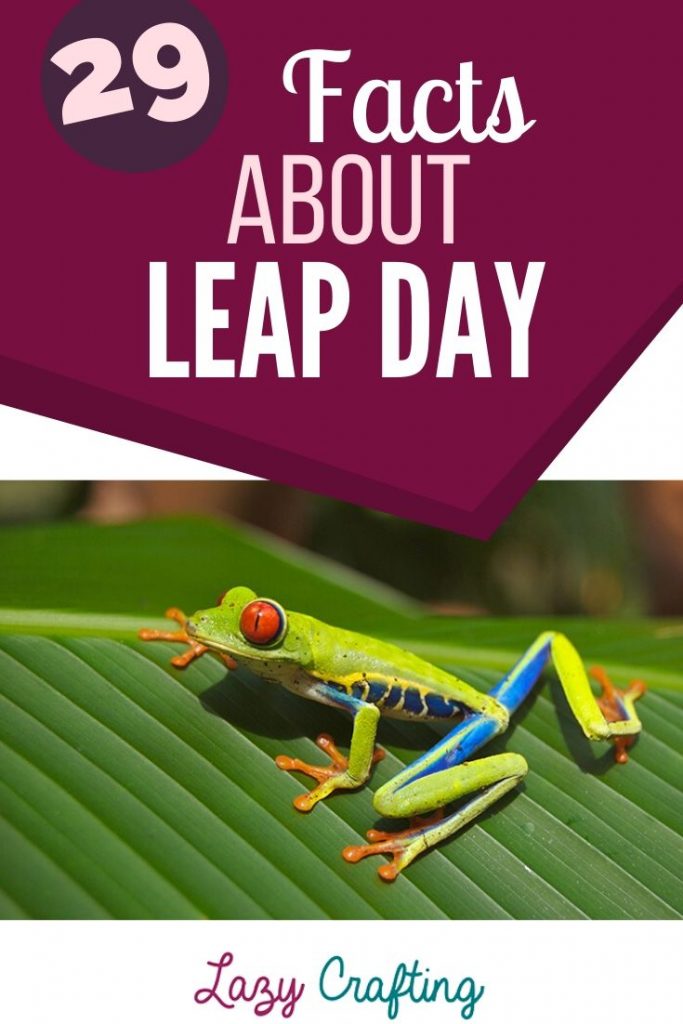 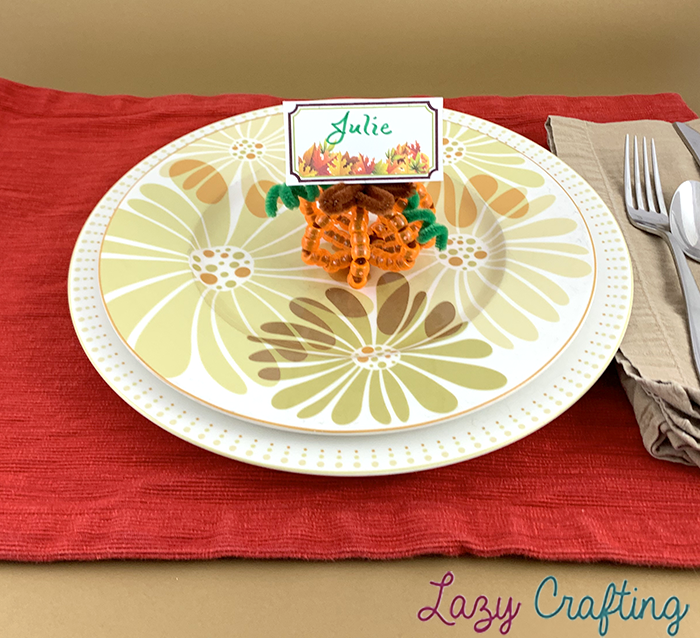 It’s the time of year to think about your table settings. Family gatherings and lots of parties mean lots of details. Check out the end of this post for Free Thanksgiving Place Cards that you can simply print and cut. (You could also use them for Buffet Place Cards.) I love Thanksgiving. A holiday that is centered around food and gratitude. What’s not to love? I also love that I don’t host Thanksgiving. Long before “Friendsgiving” was a thing, my… 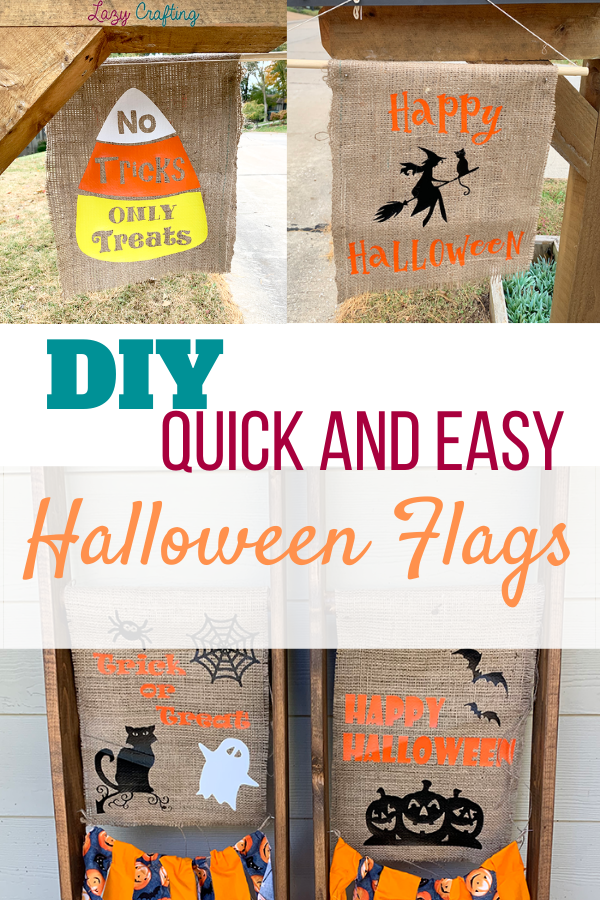 Halloween is next week, so I guess this lazy crafter better get some decorations up. First off, I’m updating my Decorative Ladders with some Halloween flags. But also I want to add a new decoration. I decided to create a Halloween flag that can hang below our mailbox ( you can hang yours anywhere!) Check out my four free cut files at the end of this post! I guess I should admit right now that I’m not the biggest fan… 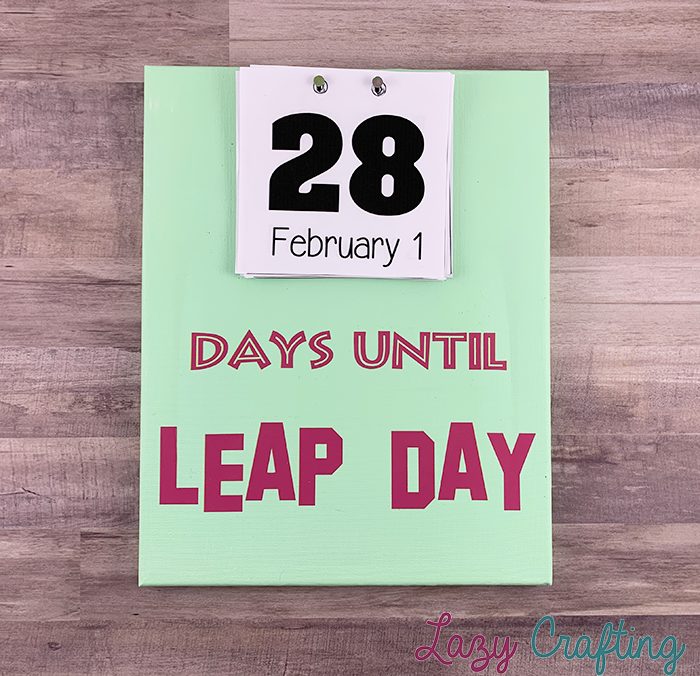 It only happens once every 4 years (and sometimes, once every 8 years)! To keep the excitement going all month, create a Leap Day Tear-Off Countdown Calendar! (Free file at the bottom of this post.) Little, my youngest child, was born on Leap Day. Let me tell you, I knew very little about the day until she came along. Did you know that according to History.com, about 4.1 million people around the world have been born on Feb. 29? Or… 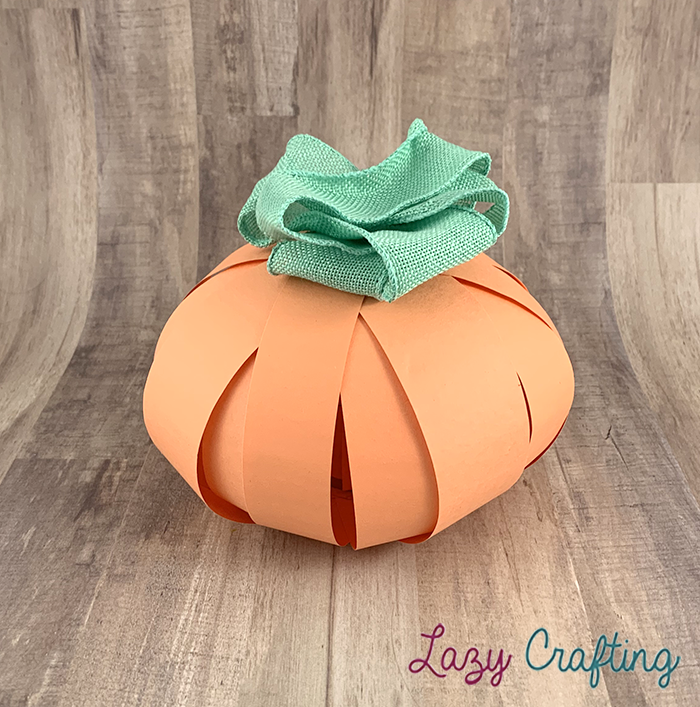 Pumpkins are a classic fall image and good for any fall decorating. I wanted to try to find a quick and easy way to create a pumpkin for my fall decor and Thanksgiving table. Say hello to the Toilet Paper Tube Pumpkin. In order to keep it lazy, we’re using simple craft materials. This post contains some affiliate links for your convenience (which means if you make a purchase after clicking a link I will earn a small commission but… 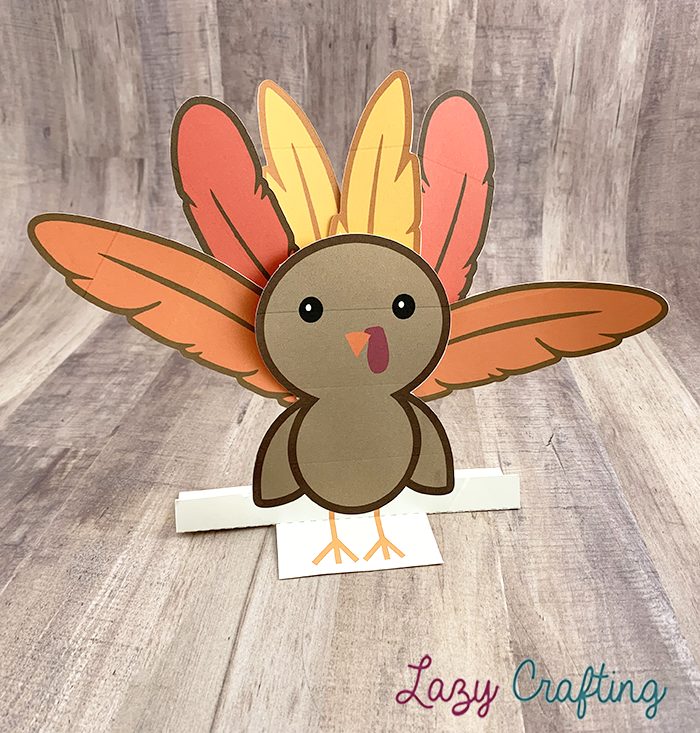 There are a lot of challenges in the world today. 2020 has been unlike any year I’ve ever experienced. Gratitude is more important than ever and I’ve created a Gratitude Turkey to help you get into the practice – FREE file at the end of this post! This Thanksgiving Gratitude Turkey is simply to use. It’s a basic craft that requires a little cutting and glue. I know I’ve talked about gratitude many times, but that’s because it really is… 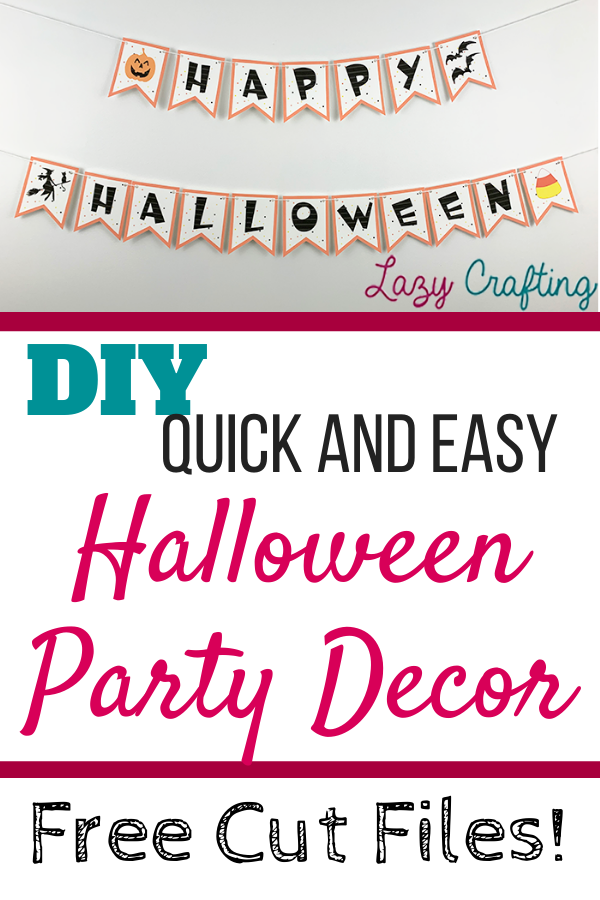 Did I mention that I am the head parent for my daughter’s class? That means I am in charge of planning the holiday parties. Like Halloween. Good thing I didn’t wait until the last minute. I still have 2 days! Luckily I have 2 other moms helping, otherwise this party would be very sad. We had a planning meeting weeks ago and I agreed to come up with one craft and decorations. (Except I forgot about the decorations until very… 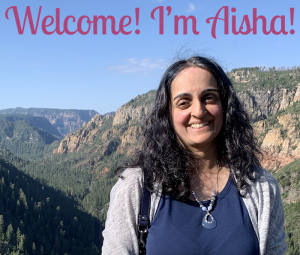 No time to make handmade items for your home and life? Welcome to Lazy Crafting! Where I try to find a quicker, easier way to help you make the things you love.